The single most sought-after feeling in the entire world.

Impossible to buy, invisible to the eye, revered and feared and wanted by so many.

I didn't expect to fall in love, certainly not so quickly and definitely not quite as hard as I did. And it was like falling; like forgetting who I was and where I was and why I was - nothing seemed to matter any more except the fact that this person, this kind, generous, wonderful soul loved me too.

Being loved so strongly by someone else opens us up to all sorts of new and wonderful vulnerabilities. Whilst you're lying entwined, all brushing fingertips and heads close together on the pillow in the warm light of a quiet Sunday morning, another person is seeing you for everything that you are. No secrets. Nothing hidden. And you have to believe that despite everything you might dislike about yourself, they love you anyway. Being loved forces you to love yourself more, and to realise that maybe, just maybe, you're not as unlovable as you thought you were. 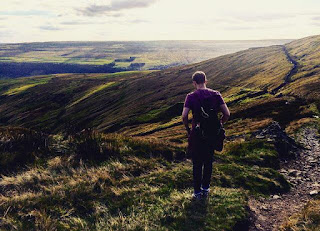 Love is opening your eyes in the middle of the night to find them already looking at you. Not in a scary, plotting to kill you way. In an "I woke up and you were on my mind and I just needed to watch you sleep" kind of way. Love is wanting to know everything about them from the very first date, wanting to ask and ask and ask and feeling like you could remember even the smallest detail as if it were the most important thing in the world. Love is missing them 10 minutes after you've said goodbye, and never feeling quite right when they're not there.

And love is scary. It can make you second-guess everything, read far too far into the simplest of statements and leave you in a crumpled heap at the thought that something might have gone wrong. Because love makes you invest everything you have into the happiness of another human being, and the fragility that comes with such a complex state of being leaves us exposed, naked and vulnerable.

Somehow, when you're in love, you just feel everything more strongly. And it's addictive. Every day I think I couldn't possibly feel any more passionately about him than I do, and every day - every conversation in fact - I'm proved wrong. Love has changed my outlook and has changed my life. It's given me the conviction to follow my heart, to trust my instincts and to let go of the little things that previously seemed so monumental. To think"fuck it" and just say the thing that might sound too this or too that. To realise that life is precious and to be so sodding grateful that I know how it feels to love, and to be loved, and that really, that is the most important thing of all.
Posted by theteuchterlass at 19:40 2 comments ♥

I haven't written anything on my blog for ages. When I first moved into my new flat, I had these aspirations of becoming Leeds' answer to Carrie Bradshaw - a single girl in her mid-twenties with a strong group of female friends, discovering the world of dating. I was going to document the experience satirically, making light of dating disasters and recording my cliched journey of "self-discovery".

What really happened though was that I found dating hard. Really hard. I don't know whether I was giving off 'vulnerable vibes' or what, but it just seemed impossible to find someone decent. Three or four months went by and I decided to tentatively try out some dating apps. After my first Tinder date I sat in the bath crying having been sent a rejection message before I'd even made it home. The guy had been a jerk. He was self-obsessed, over-confident and couldn't have given a shit about me. Yet he still had the nerve to text me and say that I just didn't have any spark. It was that night that I realised that this wasn't about finding someone; this was about being happy as me, and that becoming happy was the most the most important thing. I deleted Tinder, I blocked the 2 or 3 people who had messaged me when they were lonely on a Friday night and I took up running. After a couple of months, for the first time I could really remember, I was happy as me. 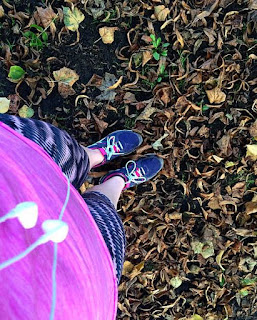 All this time, work had been my constant. I'd considered looking for a new job but with everything that had happened over the last two years, I needed at least something to stay the same. A couple of months after my bathtub realisation moment, some new people joined our team, a girl and two guys. One of them was a student on a gap year, one was there on a very temporary basis whilst she waited for another job to start. And the final one... well, he captured my heart the very first day I met him.

I've never believed in love at first sight. I think it's cheesy and puts unrealistic expectations into the heads of teenage girls. But meeting Alex was like waking up. In our first real, "non-work" conversation he challenged me on why I hadn't gone travelling despite always having wanted to, about why I was telling myself I couldn't do things, about why I was settling for less than I deserved. After almost four years of feeling lost and like I was swimming against the tide, things seemed clearer. I won't call it an epiphany but really, in hindsight, it kind of was.

In Alex, I saw so many qualities I admired: determination, ambition and a sense of perspective. He taught me very quickly to stop worrying so much about the small things, the things that had a tendency to keep me lying awake at night. It was so simple; our first dates passed in a flash and before we knew what was happening we weren't just Fiona and Alex any more, we were "us". "We" rather than "I". 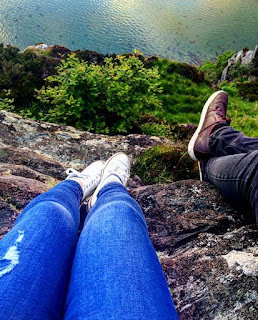 Alex has been in my life now for six months. We've been together for four wonderful, happy months that I will always look back on with fondness. I've watched more football than I thought I would ever want to, explored places I would never have thought to visit, smiled so much my face has hurt almost constantly, laughed til I cried and learned to trust in love again. I won't pretend it's been easy all the time but the challenges are always worth overcoming because I know with absolute conviction that we are right. Whether that's for now, for the immediate future or for longer doesn't really matter; people come into your life for a reason and Alex coming into mine this year has really and truly turned my world around.

And it's on that note that this Carrie Bradshaw sits down with her girls and breaks the news that she's moving, that when he asked her to go with him, the answer took no thinking about at all. That it's time to stop saying "but", time to stop making excuses and time to grab life by the bollocks with both hands. The details are a bit patchy at the moment but I couldn't be more excited to start the next chapter in this book. I just hope I can read it - my Korean isn't exactly great...
Posted by theteuchterlass at 18:25 0 comments ♥

What are you looking for? ❤